After enduring two decades of escalating verbal, emotional and physical abuse, I found the strength to stand, the courage to speak, and discovered true happiness. Here are some truths that I discovered during my journey.

Allowing your children to stay in a home where one of their parents is displaying abusive behaviors is not healthy and will damage them.  Children will emulate the parent that is abusive based on their gender. If, for example, the husband is the abuser, then young boys will begin to emulate their father’s behavior, continuing the abuse in the next generation. Young girls in the same household will witness their mother’s fear of their father and will begin living with their own fear. These same young girls will go on to marry someone like their father because it was “good enough for Mom”.  The bottom line is that your children need YOU to see further than they can and at least give yourself the permission to think about leaving if the abuser refuses to change. I am not an advocate of divorce, but I do believe that sometimes there is no other choice.

2. I thought that the abuses that were happening most of the time behind our closed bedroom door were hidden from my children.

I could not have been more wrong. Consequently, the scars were not carried only by me….my children carried them as well. Your children are much smarter and more aware than you know.

3. It is important for you to allow your children to see a “good fight”.

I was handicapped because I did not get to see my parents ever fight. They loved each other, but they did sometimes fight, as I later came to realize.  They, however, kept it quietly behind closed doors. There was no abuse, just disagreements. The detriment for me and my siblings is that we never got to see a “good fight”.  We didn’t get to see how it could be handled, how it was possible for two people who love each other to be deeply frustrated with each other at the same time. We also never got to see two people struggle with each other in a healthy, grown-up fashion and then let us see them clean up the mess afterwards with contrition expressed and forgiveness requested and granted.  This will give your children a context from which they can measure disputes later on in their life.

4. You  can’t change someone who doesn’t want to change.

When I first started giving speeches at universities in our state four years ago, I talked to so many young women who were dating guys that they thought they could “change.”  When I hear this I always tell them the same thing… You can’t change someone who doesn’t want to change. It’s just that simple. It doesn’t matter how much you want it. For real change to happen, it must be because the abuser wants to change…..and, unfortunately, most don’t.  I tell these young women to not spend 21 years hoping for change like I did. Don’t make my mistake.

Just because you are not physically touched, you may still be suffering from abuse.  For abuse to be present, there must be an element of fear. The Abuser knows that their partner is afraid of them and they use this knowledge to get them to do whatever it is they want.  The Abuser is abusing their power, they know it and they like what it gets them. So, if you are being verbally attacked by someone that you are afraid of, make no mistake….that is abuse. And no one deserves to be abused.

When I started sharing my story, I met many women and some men who connected with me because we share pasts with an Abuser. Their stories broke my heart, but they found, in me, a safe place to share. I needed to take the last step and put my story on paper so that others could learn from my mistakes. I wrote the book “Courage” so that I can help the abused, wherever you are, and whoever you are.

Below is an excerpt from the Reflections Chapter.

I am under no illusions about the fact that there are many forms that abuse can take and that my story (sadly) is just one of them.  Some people have experienced far greater abuse, some far less. The extent of the abuse isn’t the point. It’s that it still exists, and it shouldn’t. And it is happening all the time, right under our noses, and usually off the radar until someone dies or is badly hurt or, as in my case, finds their way out. Even when you find your way out, you carry your scars with you. Abuse changes a person in fundamental ways, but it does not determine your future. Only you get to do that. You get to decide whether it is going to be a roadblock or a stepping-stone to something better.

I didn’t choose to be in an abusive marriage, but that’s what happened. I found my way out and, while I will not let my story define me, I will let it drive me.  It’s why I wrote this book – to tell my story in a way that encourages other people to tell theirs.  Why? Because abuse has to stop. And the only way it is going to happen is if people keep telling their stories. Evil dies in the light. So if you’re reading this and you are one of the many who have lived through or are still living through the hell of abuse….

….and don’t let anyone stop you. 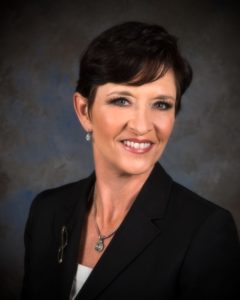 At the age of 30, Christy Pickering opened her own CPA practice and has successfully run that business for the last 27 years. Christy has substantial financial and accounting expertise due to her experience as a licensed Certified Public Accountant for the past 29 years. She received an Honorary Doctorate from Alcorn State University in May 2018. Christy serves as Director on the Hancock Holding Company and Mississippi Power Company boards. In 2008, Governor Haley Barbour appointed her to the state college board (formally referred to as the Institutions of Higher Learning) to serve as a Trustee for a ten-year term. Christy has received numerous awards for her service to the community. She has worked with the Title IX coordinators to implement the new changes mandated by the Violence Against Women Act. This work, along with her first-hand knowledge from living in an abusive relationship for 21 years, has led her to share her story through her one-hour seminar called “Girl, You Deserve Better“. 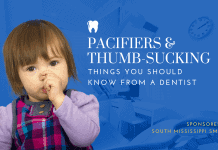 Pacifiers & Thumb-Sucking: Things You Should Know From A Dentist 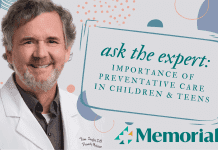 Ask the Expert: Importance of Preventative Care in Children & Teens 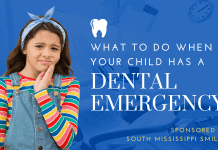 What To Do When Your Child Has a Dental Emergency